Mark Stevenson is a figurative painter who specialises in portraiture.
He travelled widely during a 17 year career in oil exploration but since 2006 has focussed on painting and drawing.
His style has been described as painterly realism.
He prefers to work in oils and wherever possible from life which he feels brings vitality and authenticity to his work.
Mark studied at Lavender Hill Studios before undertaking the 2 year Diploma in Portraiture at Heatherley School of Fine Art, Chelsea where he was awarded the Final Year Prize for Portraiture.
Mark is a member of the Lots Road Group of Portrait Painters.
Currently, Mark works from his studio in Fulham on commissions and his own projects.
He is also happy to work with sitters in their homes. 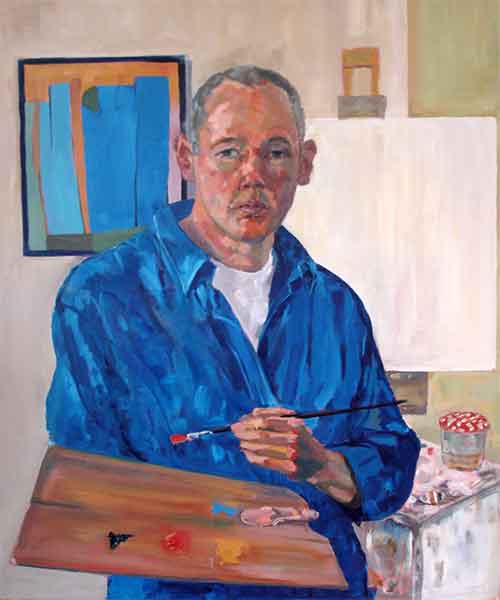